All products and services on Project PAWS are independently selected by our editors, contributors, and veterinary experts. This post contains affiliate links. As an Amazon Associate I earn from qualifying purchases.To learn more, view my disclosure policy.

Tom Hooper is helming the musical drama. The movie created a lot of “buzz” with the release of its first trailer. Who does not love the cute fur babies? However, most cat lovers did not find any cuteness in the cats of “The Cats”, with those GCI fur, ears, and tails.

The first glimpses of the musical fantasy had many viewers search for the “PAW-se” button within the first few seconds of the trailer. We are not sure whether the Cats look sexy at all? You can describe the trailer as disturbing, to say the least.

The half-human, half-cat stars caused many social media users to frown and feel upset. Don’t believe us? Watch the trailer and decide (at your own risk).

Twitteratis had a field day as soon the trailer dropped. Everyone had something to say and some questions to ask. While some labelled the cats as “cursed” and nightmarish, others found the cats’ appearance similar to the hybrid mutants from “The Island of Doctor Moreau.”

The “dressing sense” of the cats in The Cats is one of the bizarre things about the trailer. Some cats, like Macavity, Bustopher Jones, and Skimbleshanks, seem civilized, as they wear clothes. In the same trailer, you will see some cats naked, such as Bombalurina.

Beyond clothes and no clothes, Old Deuteronomy is wearing a fur coat. Yes, a fur coat comprising of another cat, maybe?

Looking at the trailer, we are not sure if the set and prop designers saw a real cat ever? Okay, that’s a bit dramatic from our end, but the over-sized furniture makes the cats look so small. When sitting on the dining table, the cats appear as big as humans do, but when they are dancing on those gigantic beds, they look like mice.

What We Know So Far

With almost a month left for the movie’s premier, the director is still keeping details under wraps. Besides the nerve-wracking trailer featuring the mutant cat-humans (excuse us for saying this, but…), here is what we know about the movie so far.

The history of the musical dates back to 1939. The movie is an adaptation of Old Possum’s Book of Practical Cats, a book of poems by T. S. Eliot. The maestro Andrew Lloyd Webber composed the poems and gave rhythm to the verses around 1980. 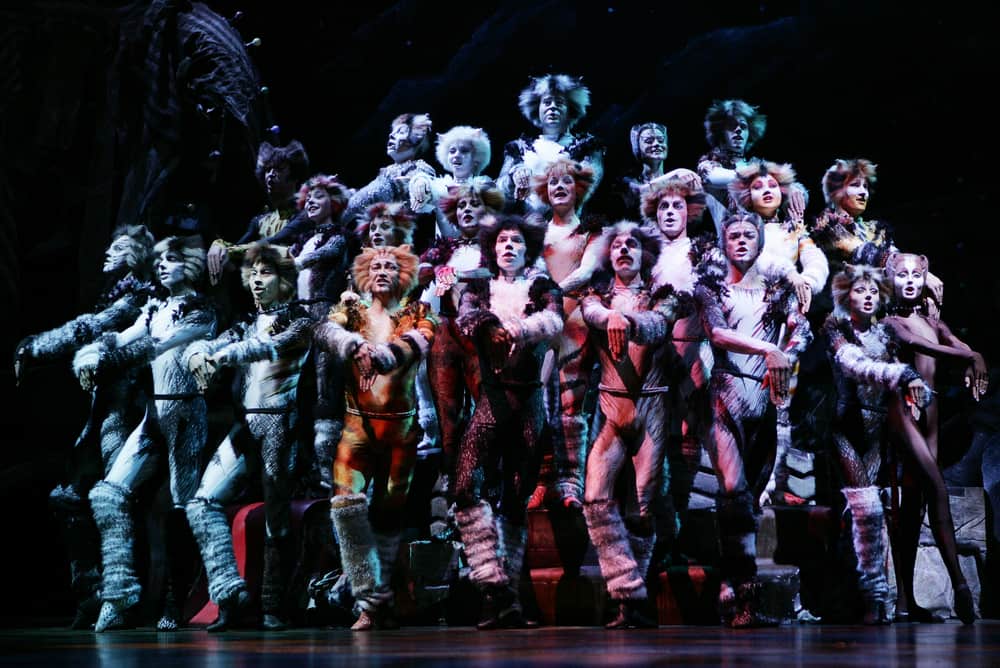 The musical is one of the biggest all-time hits on Broadway and ran for 18 years. The “feline” phenomenon ran for 21 years in London. The music crawled its way to the American pop culture, and the songs many glee clubs and school music groups sing songs from the show.

An iconic 1986 SNL skit also cited the “Cats.” Through the act, the actors led theatergoers to believe that another stage show is “much better” than Cats.

Besides giving many cats their own poems, Eliot’s book sketched out a complex cat culture. It showed a tribe of cats called the Jellicles. The tribe goes to attend the “Jellivle Ball” to decide which cat will make its way to heaven (called the Heaviside Layer) and be reborn.

We know the story makes no sense. However, as a musical stage play, irrespective of its weird fantasy tribal world, the premise worked and theatergoers loved the drama.

The Cats in “The Cats”

The movie features a great cast, led by Oscar winner Jennifer Hudson and Taylor Swift. The movie will also feature professional ballet dancers in some roles.

Jennifer Hudson has the honor of singing the show stopping number from the musical, the memorable Memory.

With less than a month for the premier, it seems Lloyd Webber has some more surprises in store. Taylor Swift penned a new song “Beautiful Ghosts” in collaboration with Webber for the film. Victoria the White Cat is going to sing the song in the movie, and Swift’s rendition will probably feature in the credits.

It is not the first attempt to adapt the musical into an animated film. Back in the 1990s, Amblimation had plans to make an animated movie but they dropped the idea after the studio’s closure. After a huge gap, in December 2013, Andrew Lloyd Webber, the creator and composer of the musical Cats, revealed that Universal Pictures purchased rights to the musical years ago.

He also hinted that the production company finally decided to put the project into development. Webber credited the success of Les Miserables to bringing “Cats” to the forefront. Not to mention, Oscar-winning filmmaker Tom Hooper (The King’s Speech, Les Miserables) is directing “Cats”. The confirmation came in 2016.

Hooper and the Working Title began casting for the film last year in January. At that time, the filmmakers did not reveal whether they wanted to make an animated feature or a live action adaptation. Filming wrapped in April and the movie will release on Dec 20, 2019, along with Episode IX of Star Wars. Talk about competition at the box office!

If you have a cat or two, perhaps you can be an expert viewer when you head out to watch the movie. However, your feline friends might not appreciate their depiction!

The Ultimate 2019 Holiday Gift Guide for Cats and Cat Lovers

The Ultimate 2020 Holiday Gift Guide for Dogs and Dog Lovers

This website uses cookies to improve your experience while you navigate through the website. Out of these cookies, the cookies that are categorized as necessary are stored on your browser as they are essential for the working of basic functionalities of the website. We also use third-party cookies that help us analyze and understand how you use this website. These cookies will be stored in your browser only with your consent. You also have the option to opt-out of these cookies. But opting out of some of these cookies may have an effect on your browsing experience.
Necessary Always Enabled
Necessary cookies are absolutely essential for the website to function properly. This category only includes cookies that ensures basic functionalities and security features of the website. These cookies do not store any personal information.
Non-necessary
Any cookies that may not be particularly necessary for the website to function and is used specifically to collect user personal data via analytics, ads, other embedded contents are termed as non-necessary cookies. It is mandatory to procure user consent prior to running these cookies on your website.
SAVE & ACCEPT