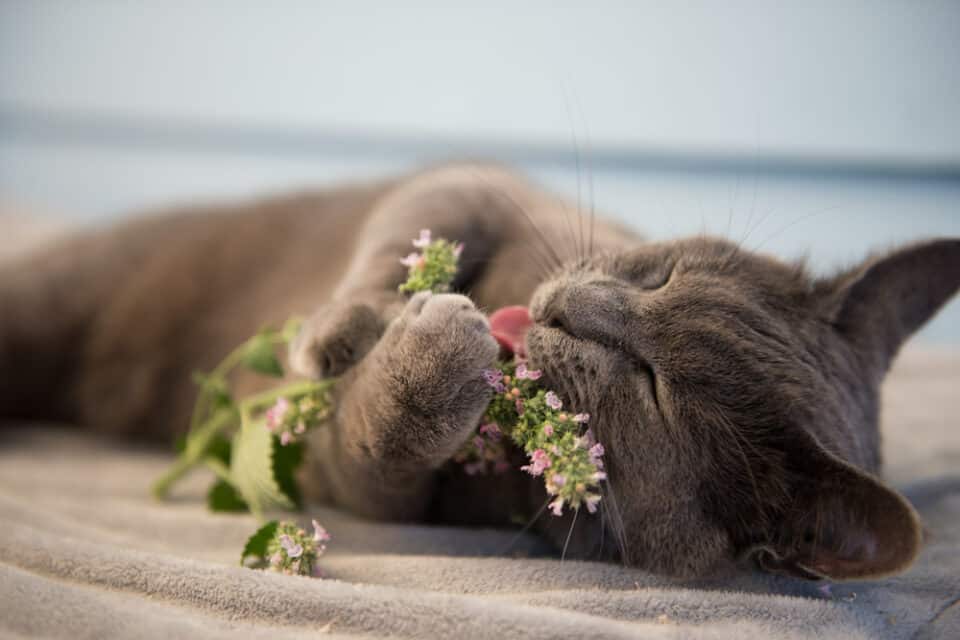 Why Cats Go Crazy for Catnip: Christmas is just around the corner, and you are likely to go on a shopping spree these days. From decorative ornaments and candy canes to new clothes and gifts, there is a lot on the list.  Make sure that during all this hustle, you don’t forget to buy a treat for your feline friend.

Chewy toys, balls, cat treats, and stuffed pillows, there are many options. But, there is one thing that is likely to drive your cat “crazy.” Any guesses? Well, here is your hint. It’s a recreational herb that amuses your cat and may make them go bonkers. That’s right – it’s catnip; you may get a catnip-stuffed toy or pillow.

The Buzz around Catnip

Have you seen a cat twitching his back or swishing its tail? Perhaps, your cat dilates its pupil when its “high” on catnip. So, what is catnip anyway, and what drives the four-legged crazy? Let’s find out.

Essentially, catnip is a perennial plant or herb. Scientifically named Nepeta Cataria, catnip is one of the 250 species in the mint family. Catnip has heart-shaped green leaves and small flowers that may bloom in blue, pink, lavender, or white color.

Catnip –also called catmint, catswort, and field balm –originates from Europe, Asia, and the Middle East. Today, it is widely cultivated in North America and other different parts of the world. In the wild, the catnip plant grows up to three feet tall, and you can also grow it at home.

It is mostly found in the leaves and stems of the catnip plant. This recreational drug can turn the laziest cats with inherited sensitivity into crazy fur balls. Your cat may need 10-15 minutes to regain the senses and get back to normal.

Not all cats get attracted to catnip or feel high. A 2017 study found that one in three cats do not respond to the perennial herb. However, 50 percent of the cats show the signs and go crazy for the drug. The response to catnip is considered an inherited sensitivity.

And if your kitty is not sensitive to the stimulant in catnips, it may exhibit the traits after it turns three to six months old. The crazy critters may rub against catnip to bruise the leaves and stems. The more the feline crushes the leaves, the more chemical is released.

Effects of Catnip on Cats

Catnip’s effect varies from cats to cats depending on how the four-legged is consuming the recreational drug. The effect of sniffing catnip is slightly stronger than that of eating the plant.

A cat experiences the most intense effect of catnip on sniffing. One whiff of the stimulant can make your cat go nuts. The American Chemical Society, in a recent study, found that nepetalactone gets stick to the olfactory receptors in the cat’s nose. 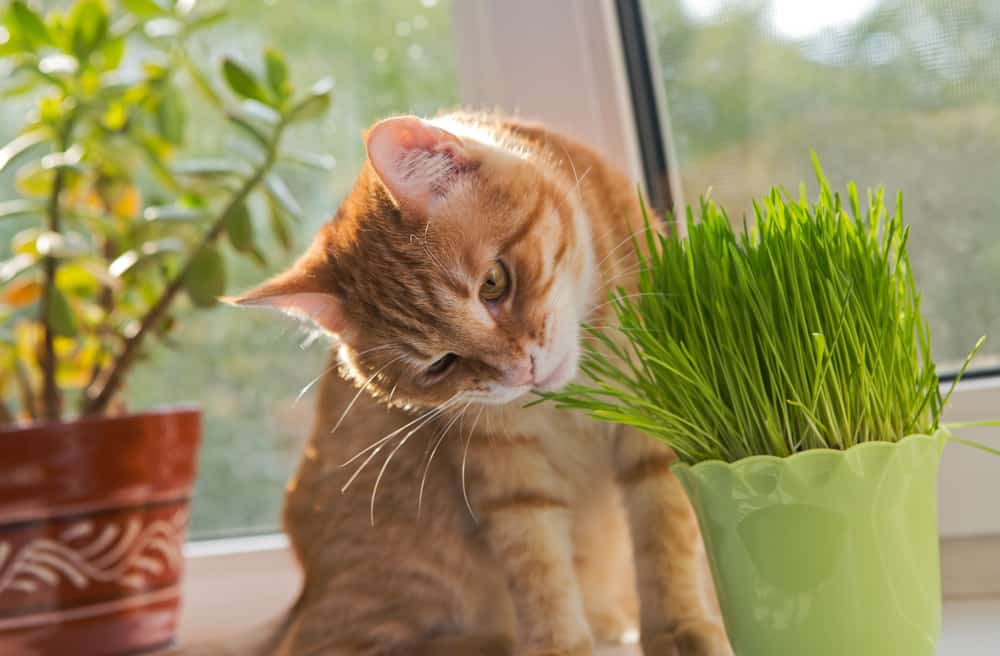 When the cat sniffs the stimulant, it targets the “happy” receptors in the feline’s brain. The aroma of the catnip triggers the euphoric state in the cats. As per the Humane Society, the scent mimics a happy or pleasurable pheromone to which the cats react. The aroma may cause a cat to exhibit a wide range of behaviors, such as

Unlike sniffing, which makes a cat happy, ingesting catnip makes the feline feel mellow. In such cases, catnip acts as a sedative for cats. However, some of the effects remain the same, such as rolling, rubbing, flipping, and eventually zoning out. Some cats may growl or meow at the same time.

In both cases, i.e., sniffing and eating, the effects last about 10-15 minutes. Once the effects wear off, the cat loses interest. The feline may take up to two hours to “reset” and experience catnip’s effect again.

Is Catnip Safe for Cats?

As a pet parent, the safety of your cat is a primary concern. Many cat owners often ask if catnip is safe for their furry companions. The answer is yes. However, be careful with the dosage of catnip you include in your feline’s diet.

Frequent exposure of catnip may have two effects, (1) your cat may no longer respond to it, and (2) your feline may get sick – they may vomit or have diarrhea. Consider giving catnip to your cat only once a week or fortnightly. It will prevent the four-legged member of your family from becoming habitual to catnip.

For a multi-cat household, it is better to introduce each cat to catnip individually. Who knows if one of your felines becomes aggressive rather than being happy? While the “crazy cat” effect may seem intense, there is no evidence to suggest that feline cannot overdose on catnip. However, make sure to keep it away from pregnant cats because the hyperactivity may lead the mama cat to injuries.

The bottom line is that catnip is safe for your cat. From dried catnip to bottle shakers, catnip-stuffed toys, and catnip bubbles, you can treat your feline with catnip in different forms.

The Most Common Health Problems In Cats

[…] go CRAZY for catnip! See our related post hereWhy Cats Go Crazy for Catnip and then buy this adorable kit so you can grow your […]