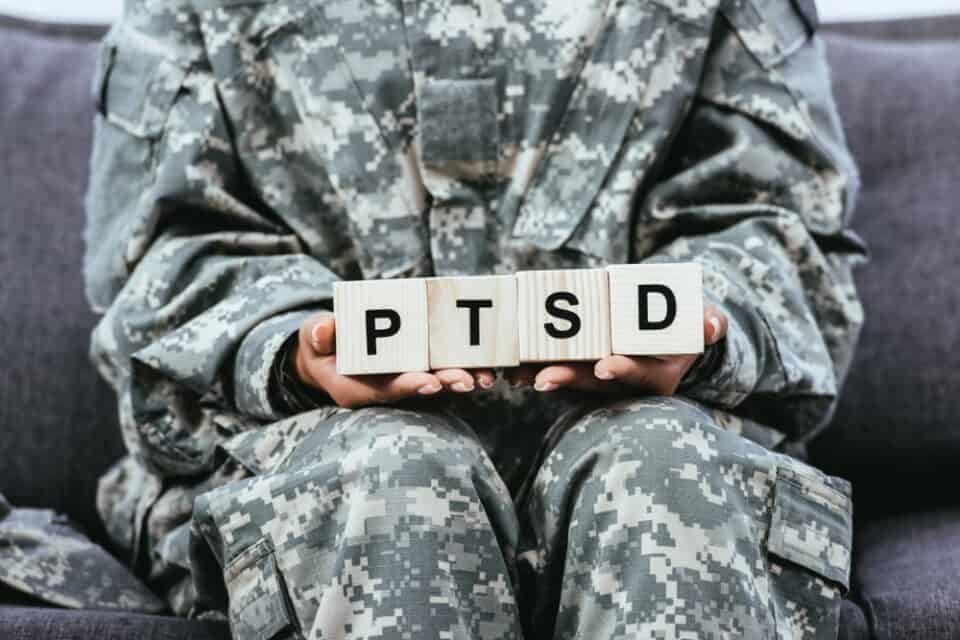 Research shows that 5%-20% of military veterans suffer from PTSD after returning from a war zone. They become angry, depressed, and anxious. However, many studies suggest that service dogs can help military veterans to cope with the symptoms of PTSD.

What is PTSD anyway?

More than 8 million US adults get affected by PTSD, including a large number of military veterans. PTSD can occur at any stage in life, even in childhood. Women are more susceptible to have PTSD than men.

The American Psychiatric Association defines PTSD as a psychiatric disorder that develops when a person experiences or witnesses “traumatic event such as a natural disaster, a serious accident, a terrorist act, war/combat, rape or other violent personal assault.”

Besides rescue workers, survivors of mass shootings, rape, and violence, military troops are one of the main victims of Posttraumatic Stress Disorder. They suffer from anxiety, sleep disorders, depression, and substance use disorder. The data shows how badly PTSD affects military veterans.

Service dogs have a long history of helping their human companions deal with different conditions. They receive special training to “serve” people with PTSD and other psychiatric disorders. Many organizations train a range of breeds to become service dogs. 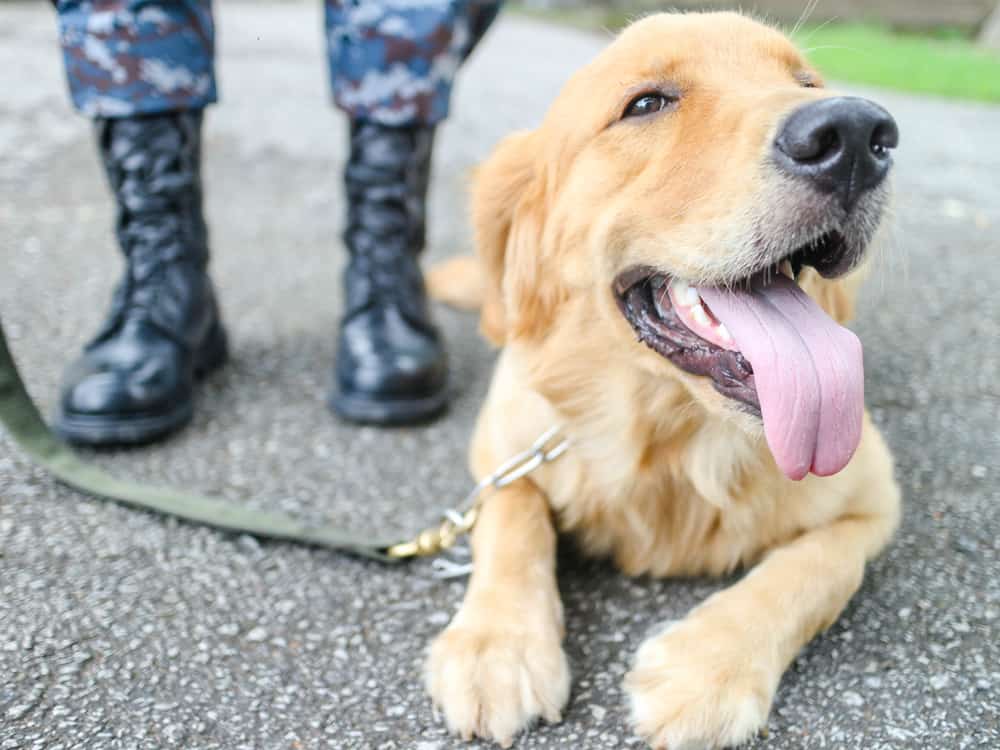 Labrador Retrievers and Golden Retrievers are among the most popular service dogs. Besides, some mixed-breed dogs that are at least 24 inches tall can also become service dogs. These dogs help to alleviate the symptoms of stress in military veterans.

First of all, service dogs learn general obedience, i.e., following the orders. In the next step, they learn specific commands to assist veterans suffering from PTSD. For instance, one of the main signs/ command that a service dog learns is “block.” It signals the dog to stand sideways in front of the veteran to help them get some personal space.

“Cover”is another important command word in the training process of service dogs. Veterans with PTSD tend to become hyper-vigilant in crowded places. When a service dog gets the command to cover the person, he positions himself behind the veteran and warns the approaching people.

Besides, service dogs also get training to notice the symptoms of anxiety and comfort the veterans if required. Veterans also have to attend a three-week training program when they get a service dog. They have to learn how to interact with the dog, take care of him, and maintain the dog’s training.

Many studies hint that service dogs actually help veterans with PTSD, traumatic brain injury, and military sexual trauma. In a collaborative study, Purdue University’s College of Veterinary Medicine and K9s for Warrior – a Florida-based NGO – found that military veterans with PTSD service dogs tend to score better on both psychological and physiological measures compared to those who are on a waiting list.

In another study, earlier this year, Purdue compared the psychological symptoms of PTSD in military troops with a service dog to those waitlisted to get one. The veterans who had a “companion” by their side showed very few symptoms of PTSD. Moreover, they achieved better scores for different measures of well-being, including psychological well-being and coping skills.

Dr. Hal Herzog discussed the results of the study in an article published in Psychology Today. He said that the study provides “best evidence” that service dogs may alleviate the symptoms of PTSD in veterans.

Another Purdue study looked at the differences in salivary cortisol between veterans with PTSD who have a psychiatric service and those still waiting. In case you don’t know, cortisol is the main stress hormone in your body. It fuels your body’s “flight-or-fight” instinct.

Adrenal glands – located at the top of kidneys – produce cortisol. You may consider it as nature’s built-in alarm system in your body that works with certain parts of your brain. The hormone controls your mood, fear, and motivation levels. Psychologists use cortisol as a psychological marker for stress.

Veterans with service dogs scored well on both measures. The results suggest that veterans with a psychiatric service dog produced more cortisol in the mornings as compared to those on the wait list. The pattern is similar to the cortisol profile that healthy adults without PTSD have.

The study also found that veterans with PTSD who have service dogs experience less anxiety and anger. They had less trouble in sleeping and reported less alcohol abuse than those still on the wait-list.

It is important to note that there was no significant change in the results even after considering certain factors that affect cortisol. Some of the factors include:

A lot to Discover

It is safe to say that having a service dog helps a military veteran to do better both physiologically and psychologically. However, these studies do not validate whether a service dog cures PTSD. Also, the results do not explain the link between physiological measures and PTSD symptoms.

Dogs are not only faithful but also one of the most intelligent “companions” you can find. Some dogs have special skills, and they are quick to learn new things, even how to comfort someone suffering from Post Traumatic Stress Disorder. Military veterans often develop PTSD and service dogs can help them deal with the trauma.

Kitten Checklist: Everything You Need To Bring Your New Kitten Home!

How to Throw A Birthday Party For Your Dog

The Ultimate 2019 Holiday Gift Guide for Cats and Cat Lovers